Just the Tip of the Iceberg 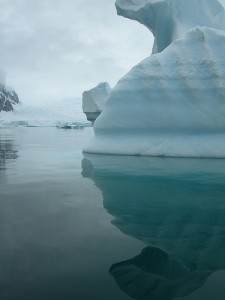 Kate Winslet (Rose): Excuse me, Mr. Andrews, but I’ve been doing the math in my head and it seems that with the number of people there are on board, there aren’t enough lifeboats.

Victor Garber (Andrews): Not enough by half actually. Gosh, Rose, you miss nothing do you? I had originally intended for there to be more, but it was thought by some that it would make the decks seem too cluttered.

“What you can’t see can’t hurt you” was hardly reassuring or sound advice for passengers onboard the Titanic and, feat of modern engineering that she was, none of her innovation or luxury could save her from that fatal iceberg. Just like an iceberg, the majority of a supply chain remains invisible below the metaphorical water line and often causes unforeseen consequences.

The Titanic herself would have involved many supply chains. Her build took three years, 3000 men and cost $7.5 million in equipment, materials and skilled labour; it took than 3 million rivets to construct her hull alone. Her anchor was so heavy that it took 20 horses to transport it to the shipyard. Operationally she required vast amounts of supplies; 14,000 gallons of drinking water were consumed every 24 hours and she departed laden with over 40 tonnes of potatoes, 14,000 eggs and 15,000 bottles of ale.

Whilst most people blame the iceberg, it was ultimately a supply chain failure which was responsible for the scale of the tragedy. Sacrificing safety for aesthetics (to provide unobstructed views for passengers and improve her sea going looks), the Titanic set sail with only 20 of the 64 lifeboats she was equipped to carry. The resulting inquiry reported this as a significant factor in the death of almost 70 per cent of the passengers and crew; had the crew been better trained at using the davits (lifeboat launching equipment) and had the available boats not departed at half capacity, 50 per cent of her passengers and crew might have survived.

This balancing of demand and supply, which in the case of the Titanic had such drastic consequences, is at the heart of effective supply chain management, yet few outside the profession, and even those within, are aware of the full scope, scale, and dramatic impacts of supply chain failure.

Life savers
As it recovers from the economic downturn, the UK still has to work hard to balance the books and reduce the deficit and funding to public services is coming under pressure as they are required be more efficient and do more with less. This is challenging the provision of some of our most essential services: health, welfare and education.

The NHS is under particular pressure as it deals with an aging population, and increases in chronic illnesses such as Type 2 diabetes. It is underpinned by a complex web of supply chains; from the visible provision of healthcare, to the building and maintenance of hospitals and surgeries, cleaning services, food, waste disposal, parking, training, counselling, administration, and information technology infrastructure, to name but a few. The NHS directly employs over 1.3 million people, 70 per cent of whom are women; approximately 1 in 23 of the working population. (They, in turn, are in contact with more that 1.5 million families every day.) This is just the visible part. For every job at the ‘tip of the iceberg’, there are approximately 10 in the layers below. This suggests that the NHS involves over 10.5 million people invisibly working together to help support the front line staff to keep our nation fit and healthy but few of us appreciate the extent or magnitude of this critical supply chain.

Waste not want not
Food is another topic close to our hearts. We are encouraged to eat the right kinds of food including plenty of fresh fruit and vegetables, whole grains and fish whilst avoiding too many processed foods. This is a particular challenge for the one in five families who live below the poverty line. In 2014/15 the Trussel Trust gave almost 1.1 million three-day food and support packages, with almost 30 per cent of recipients requiring help due to benefit delay. The Trust has around 440 food banks serviced by almost 35,000 front line staff. This visible supply chain is supported by 48,000 volunteers, and public donations of more than 10,000 tonnes of food.

This takes place against a backdrop of increasing food waste, both domestic and commercial. We throw away 7 million tonnes of waste per year; 50 per cent of this is comes from our homes and more than half of it is food we could have eaten. This shows that we are poor at balancing demand and supply within the household and there is an opportunity to save £480 per year if we can get better at the basics of supply chain management. There is also an opportunity to reduce the impact of waste on the environment; the benefit to the planet would be the equivalent of taking one in four cars off the road.

Buy one and don’t get another one free
Waste is just one issue in our food supply chains. The promotions that many of us are drawn to appear to offer good value in the short term but undermine the low prices for food that society needs in the longer term. They are a root cause of inefficiency and waste as they create spikes in demand that are difficult for the supply chain to respond to. They also mean that we stockpile unnecessary products at home, rather than buying them when we need them. It would be much more efficient to promote products in a way that allows retailers to act as an intermediary which balances consumer demand with supply. This needs to be done so that a fair return is ensured for all the processors and producers along the length of the supply chain and the risks of being forced out of business by the potentially ‘bullying’ practices of larger retailers are alleviated.

Supply chains matter. They are everywhere. They touch every aspect of our lives; some might say our lives depend on them. When they go wrong they have dramatic consequences. Were it not for the sake of a few lifeboats the outcome for the 1,513 victims of the Titanic disaster might have been very different. The basic balancing of demand and supply is something that we deal with every day in our homes, in industry and in public service. If we get it right we are both effective and efficient. Given the challenges we face as a nation economically, socially and environmentally, we need be more creative with less. It is time for everyone to understand their agency within the many supply chains they are a part of. By making this visible we can embrace the often invisible power of the supply chain, and perhaps avoid a few icebergs along the way.